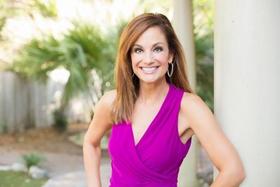 Victoria Hansen is our Lowcountry connection covering the Charleston community, a city she knows well.  She grew up in newspaper newsrooms and has worked as a broadcast journalist for more than 20 years.  Her first reporting job brought her to Charleston where she covered local and national stories like the Susan Smith murder trial and the arrival of the Citadel’s first female cadet.

An opportunity to anchor the news for an ABC affiliate took her to Nashville, Tennessee.  But summer vacations were always spent in Charleston.  She moved back in 2006 to the city she calls home to anchor and report again at the tv station where she began.

Victoria has volunteered and served as a spokesperson for numerous nonprofits.  She has been honored with multiple Emmys as well as a Community Service Award from the South Carolina Broadcasters Association.  It is her passion for community service that brings her to South Carolina Public Radio.

The nearly four-minute campaign ad begins with scenery of a small town sheriff's race in the South. A camouflage fishing boat winds down a picturesque waterway. The talk from a front porch rocking chair is of hunting, Christian values and guns.

Then, more than halfway through the video, Craig Stivender, a Republican candidate for sheriff in Colleton County, S.C., reveals a picture of himself in blackface with his arm around an African American woman.