An employee with Beauregard Elementary School has been arrested on 41 counts of child pornography.

The Lee County Sheriff’s Office said 33-year-old Matthew Adams Hammock, of Beauregard, is a custodian at the school.

Investigators collected a cell phone from Hammock at the time of his arrest and were able to confirm multiple images of child pornography that had been downloaded from the internet.

A search warrant was conducted at his home on Lee Road 43 where multiple devices were obtained. On those devices, investigators found images depicting nude children under the age of 12.

Investigators say at this time, there is no evidence that would suggest Beauregard Elementary School or any of the students were depicted in any of the photos.

Deputies with the Lee County Sheriff’s Office conducted searches in all of the bathrooms at the school and found no recording devices.

More charges are expected to come.

Anyone with information about this case is asked to contact the Lee County Sheriff’s Office at 334-749-5651 or Central Alabama CrimeStoppers at 334-215-STOP. 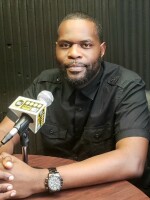